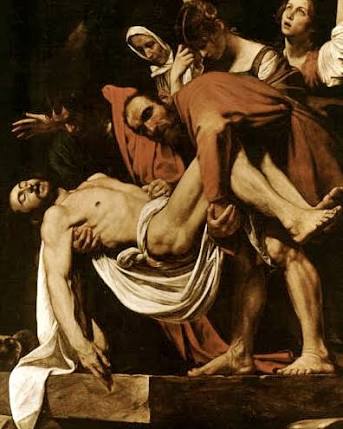 “When it was evening, there came a rich man from Arimathea, named Joseph, who himself had also become a disciple of Jesus.” Matthew‬ ‭27:57‬ ‭NASB‬‬

Joseph of Arimathea was a secret disciple. While Jesus was preaching, teaching and doing all sorts of miracles, he was secretly believing. He could no longer deny that Jesus was indeed the Messiah. But he did not have the courage to come out and declare himself a disciple of Jesus. When the heat was on, he still kept his mouth shut. He was afraid of his fellow Jews. But when Jesus died, something changed. He suddenly came out. He took the risk of being exposed. He identified himself as someone who cared about Jesus. Perhaps Pilate and the others concluded that he was also a disciple. But what does it matter? Jesus is dead. So Joseph had nothing else to do but perhaps just show his respect by giving Jesus a proper burial using his own tomb. There is no record of how he felt. Perhaps he was filled with sadness and regret. Who knows? But there was no more record of him except this one incident, making this effort to bury Jesus properly. Better late than never, right? Perhaps.

Between Friday and Sunday, which is Easter, we have an uneventful Saturday. What can we do during this time? Maybe we can ask ourselves, “Am I like Joseph of Arimathea, a secret disciple?” Are you waiting for the last minute to identify yourself as a follower of Jesus? Saturday is a good time to reflect on your testimony. Maybe now is the best time to let others know about your true identity. Why don’t you use this day to share your testimony with your loved ones and friends. Tell them about Jesus. Invite them personally to join you tomorrow, which is Easter Sunday. Go public! Proclaim your allegiance to Jesus today. Don’t wait until the last minute. Just do it! (PB)

Present Victory and Future Glory Do you believe?